This is one of my pathetic useless little creatures giving Mistress the money he had been saving her for her to acknowledge him. He is so pathetic and useless and laughable that MISTRESS decided his story had to be told so this is one of a few blogs i will be writing about Mr J who has been both my financial slave,cuckold slave and my blackmailed slave. I know  everything about this little joke of a man. Blackmailed forced to do humiliating things including speaking on video and meeting with Mistress for a real time session. This financial slave adores his Money greedy mistress who starves him of oxygen when he is in the same room as her. Mistress detests him he is hopeless and really not even worth my time writign about this joke of a slave but it amuses me to know he hates this blog with a passion especially now i have told him his story is out for all to read about.


So this is Mr J who i have met a few times for real time sessions and loved abusing him so much and draining him of the money that is so rightfully mine he works to PAY ME or else i tell his wife everything and i  mean everything as well as message her on her facebook about him.Mr j knows his place is to do as i tell him when i tell him and he has a contract and has been my owned slave for almost 3 years through webcam chat and real time meets he knows what he has to do to keep me sweet . watch out on my next blogs for his begiign letters yes he paid for Mistresses wedding rings infact he begged to pay for them as well as money towards her honeymoon

he is such a fucken loser twat idiot knob!! check out 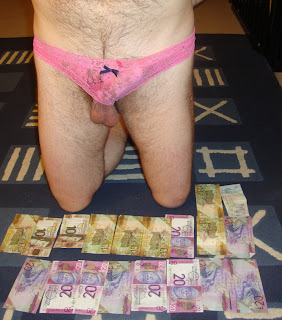 Posted by Webcam Domination Cams at 15:14